Community Foundation of Halton North Board of Directors 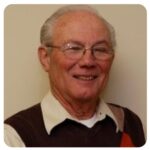 Brad was born and raised in Milton and served on Milton Town Council for 21 years and Halton Regional Council for 14 years. For the past 25 years he has operated Clembrook Christmas Farm. Brad has served on many committees and boards including the Royal Botanical Gardens; District Health Council; Halton Non-profit Housing Corporation; the Milton Chamber of Commerce; the Association of Municipalities of Ontario; Prosperity One Credit Union, and on both the Ontario and Canadian Christmas Tree Associations. Brad is Past-President of the Milton Steam-Era Show. 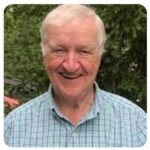 Marty is a retired Chartered Accountant and Business Valuator whose practice was in Brampton where he was Past-President of The Brampton Rotary Club and The Brampton Board of Trade. He also was a Founding Director and Treasurer of The Brampton & Area Community Foundation. A resident of Georgetown since 1969, he was a Founding Director of the Georgetown Racquet Club and The Cote Terrace Seniors’ Apartments. In addition, he was Past-President of the Georgetown Racquet Club and the Georgetown Highland Games Association. For five years Marty served on the Board and acted as Treasurer for Halton Health Care Services. Currently he volunteers on the finance committee of Devereaux House and acts as Event Chair for the Senior Men’s Luncheon Series in Georgetown. 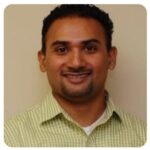 Mervyn has managed his own accounting practice located in Milton since 2011 and has worked with a broad variety of clients specializing in small to medium sized businesses in the Greater Toronto Area. Mervyn has served on the finance committee of St. Benedict’s parish in Milton since its inception and has served as past president and treasurer on various non-profit organizations. Mervyn has been a resident of Milton for over ten years. 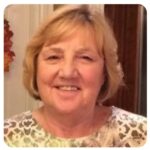 Anne retired as Executive Director of the United Way of Milton in 2011 after close to 20 years of service. Anne has a long history of community involvement in Milton. She currently serves on the Board of the Milton District Horticultural Society and has previously been a member of many other volunteer boards and fundraising committees including; the Board of Directors of Milton District Hospital; Board of Directors of Junior Achievement of Milton; Past Chair – Daffodil Day Campaign, Canadian Cancer Society, Milton Branch; Founding Member – S.A.S.H. (Sexual Abuse Services of Halton); Life Member Beta Sigma Phi Sorority. Anne has been a long time resident of Milton. 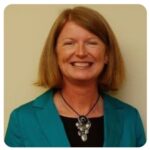 Joy is employed by the Town of Milton serving as the Director, Culture & Community Investment. As an active youth and community volunteer, she serving in rural youth organizations in various leadership positions. She is a past president of the Elizabeth Fry Association of Peel Halton, has served on the Ontario Trillium Foundation’s Grant Review Team for Halton Peel  and served on Halton’s Poverty Round Table. Joy has been a resident of Halton Hills for over 10 years. 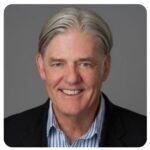 Darryl Demille sits on the Fund Development Committee as a member of the Board of Directors for the Community Foundation of Halton North. Darryl is a Certified Financial Planner (CFP) and runs a successful insurance and financial services business in Oakville. Darryl has lived in Milton for over 30 years and coached hockey and baseball in town when his sons were young. Recently, he served three years on the Ontario Trillium Foundation’s Board of Directors after serving three years on the Halton/Peel grant Review Team. He is also active on several boards presently with a fundraising focus. Darryl resides in Campbellville. 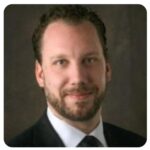 David is a Financial Advisor with the firm Edward Jones. He runs his practice from his office in Milton and specializes in working with retirees and business owners in the Halton region. Originally from Ottawa, David lived in Kingston for over a decade before relocating to Milton in 2015 to be closer to family. During his time in Kingston, he was the chair of the Next Gen committee for the United Way KFL&A, and was a board member with the Rotary Club of Kingston-Frontenac. 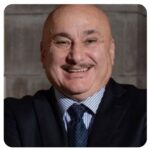 Bill has just recently retired after 40 years in the municipal planning and development sector, with the last 8 years of his distinguished career as Chief Administrative Officer for the Town of Milton. Starting his work with the Town in 1994, Bill has primarily been the individual responsible over the past 25 years for the development and implementation of the Town’s vision for growth. Bill possesses professional accreditations in Forestry, Landscape Architecture, Town Planning, and Municipal Management and Administration. Bill certainly has a unique personal background, as he has recently been installed as Supreme Grand Master of the Sovereign Great Priory – Knights Templar of Canada and is also a highly-respected Native Elder, as a member of the Mide’win – the Great Medicine Society. 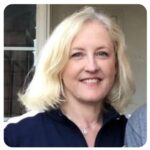 The Honourable Lisa Raitt represented Milton Ontario in the House of Commons from 2008 to 2019.  While in Government, Ms. Raitt served as Canada’s Minister of Natural Resources, Minister of Labour and Minister of Transport. As part of the Official Opposition Ms. Raitt served as Finance Critic and Justice Critic and the Deputy Leader of the Official Opposition and the Conservative Party of Canada. In January 2020, Ms Raitt joined CIBC as Vice Chair Global Investment Banking.  Lisa has 2 teenage sons who are active in sports in Milton.  Lisa’s husband Bruce Wood was President and CEO of the Hamilton Port Authority until he retired in 2016 after being diagnosed with Early Onset Alzheimer’s. They take life day by day. 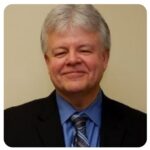 Hal is a lawyer with the Halton law firm of O’Connor MacLeod Hanna LLP restricting his practice to the areas of municipal and employment law. He has served on the Boards of various charitable organizations in the past including Oaklands Regional Centre and United Way Milton. He is currently the volunteer Chairman of the Mayor’s Golf Tournament for United Way in Milton, a position he has held since the Tournament’s inception in 2001. He served a year as Chairman of the Fundraising Campaign for United Way Milton and is a past winner of the Agency’s Volunteer of the Year Award. Hal resides in Halton Hills. 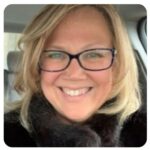 Sue has been the Executive Director for the Community Foundation of Halton North since July 2013.  Prior to joining the Foundation, Sue worked with several charitable organizations across Ontario fundraising for the arts, health care, social services as well as sports and recreation. Sue also facilitates four on-line fundraising courses for the Fundraising Certificate Program with OntarioLearn.  As a volunteer Sue has been an active member with several committees and boards of directors. She is passionate about the performing arts and has been an active participant, both on and off stage, for many community theatrical productions.   Sue has recently become a member of the Milton Choristers.